The study of politics is the study of political activities and people struggling with issues. In recent years, many people in the United States have selected political science as their major subject. Since the youth is taking a keen interest in politics, we’ve listed down the top 3 U.S. Schools to consider for major in Political Science.

Founded in 1789, Georgetown University is a private research university in Washington, D.C. The institute comprises nine undergraduate and graduate schools, including the School of Foreign Service, School of Business, a Medical Center, Political Science and a Law School. Georgetown enrolls an average of 7,500 undergraduate and 10,000 post-graduate students from more than 130 countries every year. The Institute is popular for preparing leaders and politicians that work for the government. It also gives an opportunity for students to design their courses of study. It is the largest student-run financial institution. The political science major at Georgetown is divided into four subsections: American government, comparative government, international relations and political theory, which leads to an average starting salary of $43,000 and the mid-career salary of $87,000.

Founded in 1754, Columbia University is the oldest institute in New York. It is often cited as one of the world’s most prestigious universities. Columbia is the third most selective institution in the United States and the second most selective institution in the Ivy League with an acceptance rate of 5.8%. For the Class of 2021, 2,185 out of 37,389 applicants were admitted for an overall acceptance rate of 5.8%. In 2016, annual undergraduate tuition at Columbia was $50,526 with a total cost of $65,860 ( which makes it one of the most expensive institutes as well. The political science major is divided into the subfields of American politics, comparative politics, political theory and international relations. Every student must choose two subfields, and have the option of continuing their studies with a Master’s and Ph.D. or start a job earning an average starting salary of $51,000. 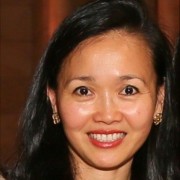 Peige Katz is a successful businesswoman. She is the co-founder and CEO of Bexchange LLC. She is also the former co-partner of Oakpoint Advisors LLC, a firm that mainly manages assets.

Top 3 U.S. Institutes for Political SciencesunratedPeige Katz2020-05-11 20:55:27The study of politics is the study of political activities and people struggling with issues. In recent years, many people in the United States have s…